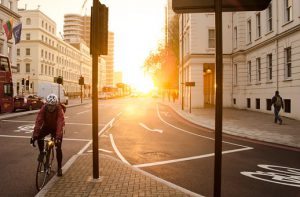 Well, I wonder how many of us feel that way? As with everything else, there are the forces that fight against any new social ideas that come up. There are people who feel that catering to the bicycle community has become more of a pain than expected. Are bicycles a burden to cities or is this a stab at bureaucracy.

Let us take a look at some of the things being put on the plans that some cities have deemed to be good for the environment and society as a whole. When this is done we would love for all to share their opinion on a subject that seems so good but marked so bad.

There are some cities here in the US who have started adding the biking community in on their building plans around their cities. I wrote a post a few months back explaining why some cities are not having a problem with implementing paths and lanes for their cyclist.

I discussed how adding bike lanes increased travel time, helped economically and environmentally. If a city is concerned with the health of its citizens this is another positive factor because cycling promotes good health. The City of Chicago and New York have shown their love for their cycling community.

Opposing Reasons Against The Cycling Infrastructure 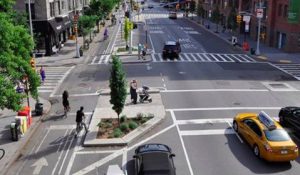 I ran into an article written by a gentleman named Lawrence Solomon that raised quite a few issues with accommodating the cycling community. I am not at all mad at him because everyone has their opinion. But I also thought I should bring it to others attention to let them judge for themselves.

When bike lanes are built they utilize a portion of the existing roadway. I would think that these engineers know what they are doing and took every measurement and statistic into consideration while doing so. But according to some people cyclist have taken more than they are giving. 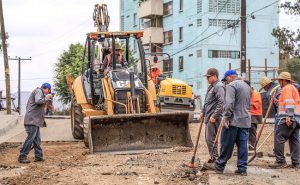 One weapon against the cycling idea is that when it comes to taking care of the roads cyclist don’t pay any taxes to help out with repairs. All I have to say to that is that a bike tax is on the table with some States already. As a cyclist, I have no problem with that if it has to be done.

While most of us would say it is healthy to ride a bike the opposition will say that it is actually not healthy because when you ride amongst cars you are breathing in carbon exhaust more so than someone who is walking. Well, interesting because one less car off the road reduces it for even the walkers on the sidewalks.

Another thing used against the cyclist is that bikes are making traffic worse than it was without them. I thought the bike lanes made it better because of separation. When these lanes are made the cars are thought about as well. I think it becomes more of a get out of my way attitude for the automobile driver.

When sharing the road with one another it only takes courtesy on both ends. The cyclist and the car driver can make it very pleasant to share the roads with respect for one another and the laws.

Other Issues With Cycling Amongst Cars 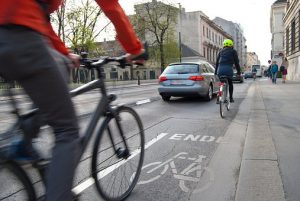 It is also said that the bicycle infrastructure is hurting businesses because the lanes are taking up customer parking spaces causing more area of the city that can be businesses to be turned into parking lots.

Not only that, fatalities are being put into the equation with cycling fatalities being much higher than automobile fatalities. Well, is that not one of the reasons for bike lanes?

So I guess what we thought was a great idea for our health, environment and family leisure was just a pipe dream that just doesn’t make any sense. These thoughts against the cycling infrastructure say it hurts more than help. It has caused a couple of cities in the UK and one in Australia to ban bikes in certain areas.

What Do You Think?

I am glad you took the time out to read this post. I think it is only fair to know each side of an equation. And let the person decide for themselves on any issue. So take the time out to respond to the poll and let us come up with our own results on the subject.

Thank you for stopping in and I hope you enjoyed the article and please leave any questions or comments in the comments section below.

14 thoughts on “Are Bicycles A Burden To Cities?”